The Art of Ghosting and Why You're an Asshole 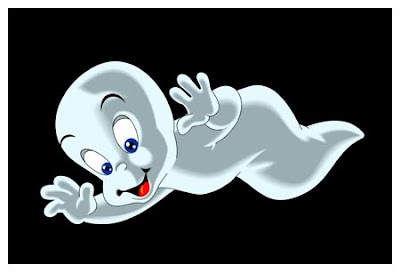 Ghosting. If you're not familiar with this new term, you're a very lucky individual. You've either been granted the rare and beautiful thing called a "mature" relationship or you're very very old and in that case, why are you on my blog?

Ghosting is when someone you're seeing romantically dies. No really, they're dead. This is why it's called ghosting. Because that person died and can no longer contact you since you're not Haley Joel Osment (lol I'm hilarious). That is the only respectable reason why someone would just, never talk to you again. For absolutely no reason. They're fucking dead. So move on.


Fine. They're not dead. It's actually worse.

These people, they fall off the face of the planet into this special part of the universe where truly pathetic human beings belong. They're people who literally just stop talking to the people they've been dating... For no reason. They just stop responding to any message (but hilariously enough, still watch your Instagram Stories. Man, the 21st Century is bonkers). I've had friends who have ghosted romantic partners. It's something I can only deter with harsh judgement and glaring, not that that actually works. But I'm very much against it and I haven't actually ghosted anyone I dated... Which leads me to the next part. I just want to clarify what I mean when I say "ghosting". Someone you've been talking to on Tinder who suddenly stopped talking to you isn't "ghosting" you (I am suuuuuuper sorry about that guys). Someone you met once who stopped responding to your Facebook messages? Also not ghosting. Additionally, in both these circumstances, if the other person has made it abundantly clear (via words and actions) that they're not even interested in a first date... "Ghosting" may be the only option. I've been there. Go for it, people.

The act of ghosting only really counts when you've had at least one date with this person or have some sort of a history with them. It's also a very cuddly, nice word to use for a really terrible thing to do to another human being. For no reason.

I've certainly had my fair share of ghosting. There was my very first dabble into the dating world with the infamous Togos boy that ended in my first super fun ghosting experience that set the cornerstone of the baggage I now carry. No one will ever forget the human equivalent of a frisbee who attempted to ghost me after being involved for two and a half years (lol yeah, two and a half years). There's the family friend who I'm pretty sure is probably reading this (hey, what's up?) and thinking about how awkward he's made future run ins cause we're definitely going to have to see one another again. And of course, my most recent one that everyone was super sure was a "good guy". But I'm here to tell you that even "good guys" can be dicks. Which is why those words are in quotes. Cause, I'm sorry buddy, but actual good guys don't ghost people.

So I'm going to help you out, ladies and gentlemen. Are you contemplating ghosting the person you just went on a few dates with despite the fact that that person did nothing wrong? Is that other person super awesome and you're just a complete asshole so you really really believe that the only thing to do is ghost them? Do I have news for you!

... I don't have news for you but I do have 4 things you could do instead of ghosting them: 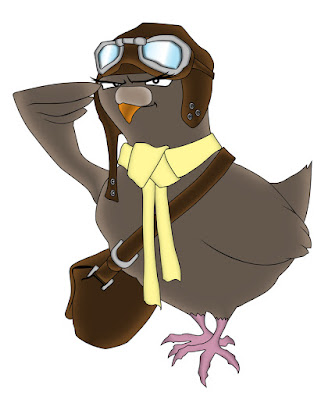 I do have a final bonus option though. Perhaps, for one second, remember that the person you're about to ghost is an actual, living, breathing, human being who has actual human being feelings. Remember that at some point, this is someone you actually cared for. Remember that no one actually deserves to be ghosted for any reason, no matter what you think. And lastly, please remember this one as it will help you in the future... Karma is a bitch (and she's probably a Scorpio ha-ha-ha yes, so funny, I've heard all your lame Scorpio jokes. You'd think y'all would stop making fun of us at some point since you think we're all Satan reborn).

Or you can remain a pathetic piece of shit. Honestly, the choice is yours.

My final, and most important message, goes out to the people who have been ghosted and I'm going to get really serious here. You did nothing wrong. This was not your fault. There is nothing wrong with you. After so many years of being treated like I don't even deserve to be spoken to by so many different guys... It's really hard not to believe that there is something very wrong with me. That there is something that I am doing to deserve to constantly be treated like this. I have gone over every scene in my head to figure things out, cried to Jessica, and done some really terrible things to harm myself because I really thought that there was something wrong with me. And when this is the most common experience I've had with guys, can you blame me for feeling this way? I can't say that these feelings have left me but I can say that I'm working really hard to push them away. So let me say it again. I did nothing wrong. This was not my fault. There is nothing wrong with me. Ghosting is always, 100% on the pathetic human who decided to take a cowards way out instead of show some basic human decency. They are the people who made a selfish decision that affected your life. It's unfair that they are the ones who don't have to wonder, "Ummm, did they actually die? Are they dead? Perhaps they were mauled by a bear??" They don't have to make excuses to friends until they figure out they've been ghosted. They just get to live life, carefree. And that's the pits, I know. You just have to remember that you're a good person who hasn't ghosted anyone and you're not a pathetic human being.

And that's a really great feeling.