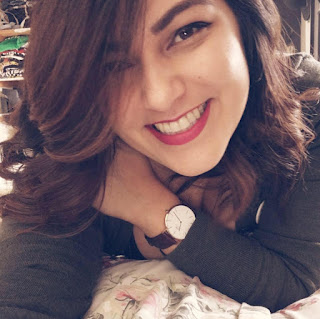 Oh January, how I have waited for you. I spent most of 2016 wishing for you to show your hope filled, lovely face. I yearned for your arrival for months. I counted down the days and agonized over all the things I was definitely going to do to better myself once you came because you can't welcome something like the month of January without promises of renewal. And here you are. I welcomed you while dying from a cold, but it's whatever. You're finally here. And as with most things that are highly anticipated, you kind of did suck.

I'm not here for the suckage. There's hundreds of articles across the internet that will tell you why January 2017 has been awful. If you're here, reading this, it's because you need a break from that awfulness. In the end, you have to make sure that you take care of yourself and take a break so that you can fight the good fight. Please remember that.

In January, I went on an 8 mile hike with Jessica because we got a little lost and our shoes got really muddy and we definitely finagled our way over more than one fallen tree (Kila still doesn't understand why we didn't just go under like her 10lb self did). I dove, head first, into going back to the gym, just like everyone else and I'm taking my first aerial silks class tonight. Kaitlin and I saw an awful horror movie (our favorite kind!) that I inaccurately called "The Buh Bye Man", which, looking back, it really does sound a lot better than "The Bye Bye Man" and what kind of evil spirit even calls itself that anyway? I started a brand new journal, read 3 books, baked one dessert, and only had to clean up one instance of Harley puke. January has felt so long and yet so incredibly short. 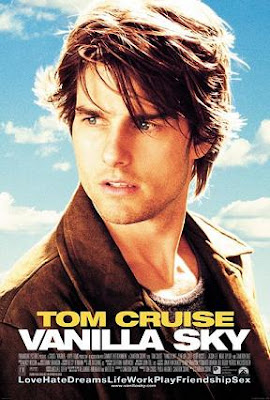 Favorite Movie Watched: Vanilla Sky
During my younger years, I had an intense Tom Cruise phase. I had watched all of his movies at an incredibly young age (I still need to re-watch Eyes Wide Shut because I have a feeling that 11 year old Lauren missed a lot). Vanilla Sky is something I vaguely remember watching in theaters, back in the days where Athena and I saw every single movie that came out. I vaguely remembered the plot of the movie (and I somewhat remembered the twist, which it turned out I was wrong about). I re-watched it this month. And all I have to say, is fuck everyone, this movie was great. It had me on the edge of my seat. Admittedly, the end of the film was disappointing, however, the rest of the film more than made up for it, in my opinion.

Vanilla Sky is about a man named David (Tom Cruise) who apparently is super awesome and everyone loves him. His BFF Brian (Jason Lee) brings over a hot girl (Penelope Cruz) he met at a bookstore (why can't I meet a great guy at a bookstore?) to David's birthday party. David, being the dick he is, steals away Sophia (hot girl), even though he has his very own stalker girl (Cameron Diaz) who would do anything for him. David wants Sophia. The next morning, he gets in a car with Julia (stalker girl) and there's a horrible car accident that disfigured him. Then... it gets real foggy. You know what, just watch the trailer below and then watch the movie. If you hate it SO MUCH and you can't forgive me, I'll buy you dinner.

Actually, I'll just ignore you because you clearly have awful taste in movies. 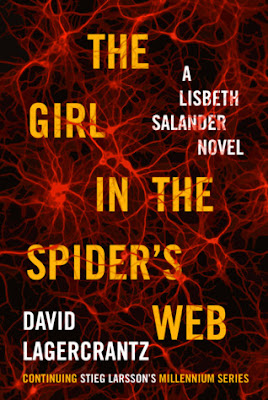 Favorite Book: The Girl in the Spider's Web
Have you read The Girl with the Dragon Tattoo and the subsequent books? If the answer is no, go out and read them right now. They're fantastic. I ate up the first 3 books like it was Taco Time. The writing, the characters, the plot line, the character development, the mystery... Everything was just so perfectly woven together in some of the best writing I've ever experienced in my life.

Then comes, The Girl in the Spiders Web. Unfortunately, Stieg Larsson passed away before the 4th book was written. David Lagercrantz was slotted to take the wheel for this one. While it was very clearly written by another person, this book just sucked me back into the Dragon Tattoo having world.

This book follows one story line: A computer scientist is murdered in his own home. The only witness is his autistic son (who, coincidentally, is a savant). Blomkvist is going through a mid-life crisis (one that I assume all print media people are going through at this very moment) and he is the one person that Balder (aforementioned scientist) wanted to speak to before his death. Balder had been working on something and apparently the wrong sorts of people wanted this information. Of course, when Blomkvist is roped in, the Queen of Badass, Lisbeth Salendar is roped in as well. Blah blah blah go read this fucking series. Seriously, what else are you doing? Reading 50 Shades of Grey?

Cons:
----
Favorite Show: The Good Place and Sherlock
I couldn't choose, I'm sorry. I didn't discover either show in this month but I did binge watch both of them to catch up this month. 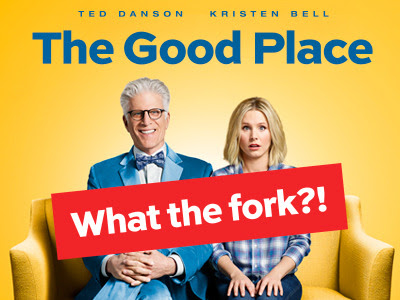 The Good Place.
This is a new comedy from NBC starring Kristen Bell. I had no idea what the show was about but Bell is the perfect woman and can do no wrong. While The Good Place isn't an Emmy winning show that is going to blow your mind, it's a great comedy with a great story line and it has incredibly well written (and acted) characters. The whole idea is that after you die, you go to 1 of 2 places. You can go to The Good Place, where life is all puppies and rainbows (or whatever you're into) for eternity. Or you go to The Bad Place, which is eternity of torture and horribleness. Bell's character, Elenor, was mistakenly sent to The Good Place when she clearly should have gone to The Bad Place. Hilarity ensues as she attempts to first, hide the fact of who she is, and second, tries to become a good person in order to earn her spot in The Good Place. My swaying opinion on this was due to the fact that all people who listen to (and like) the Red Hot Chili Peppers automatically go to the bad place. It makes sense. 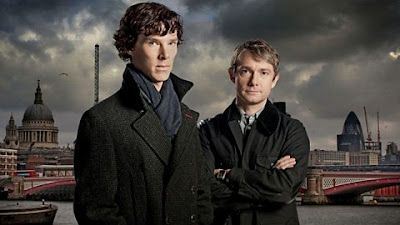 Sherlock.
I don't even know why I'm writing about this show because you should already be watching it. Sherlock is, hands down, one of the best shows in the entire world. They have taken Sherlock Holmes and thrown him into the 21st century, equipped with a cell phone and a blog. Sherlock has taken on a much sassier 'tude with old school cases. Watching an hour and a half of Sherlock is always mentally draining for me. I try to infiltrate Sherlock's brain and figure everything out along with him. I don't think I've ever failed so hard in my life (unless we're talking about my love life -insert audience laughter here-). This season is very different from all the previous seasons, which has made fans choose a side. There's the original Sherlock with little action and more brain power or there's the new Sherlock with a lot of action and still a lot of brain power. The last episode has been my absolute favorite episode of Sherlock ever.

Besides, I'm always a sucker for a good villain.

(No spoilers... I just threw in a season 1 trailer to intrigue all of you)


----
This month was insane for me. I am currently made up of at least 90% stress and 10% sass. I've spent the month trying to learn more about myself through writing, reading, tarot, and long baths. I've learned that self care is incredibly important but, dammit, I don't have time for any of this right now. With work being as hectic as it is and the daylight ending at 5:30pm each day, it feels like a storm has run through my life, attempting to upend my sanity. Sure, the first 31 days have had me spinning, but I'm going to figure this whole "adult" thing out and I thank you for joining me on this.

Do you have any great ideas to de-stress on a busy schedule? Also, why do you hate Vanilla Sky?