I'm sorry for what I said about you. I didn't mean all those rude things. You weren't hard or trying or annoying. You were wonderful and perfect. If I'm super nice, will you come back? 2016 is really not being good to me and I want you back.

I had it all planned out. How I was going to introduce the new "Writes With Wolves". I was going to open up my first 2016 post with talking about how I chopped off all my hair last month (I totally did it. It's all gone guys!) and how 2015 was way better than 2014 (ugh, totally). I was going to highlight all the things I loved (and hated) about 2015. I was going to do it. 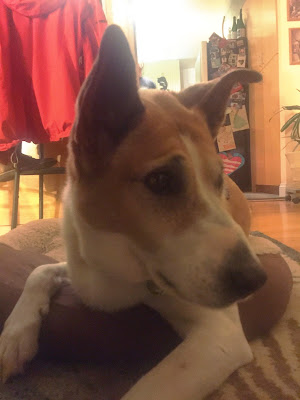 I recently received some terrifying news.

Anyone who's been here before knows Harley. She is my fur baby. My pride and joy. The love of my life. We rescued Harley as a family in August 2006 from ARF in Walnut Creek, CA. My dad was the first one to choose Harley. He was pretty set on her and, as a family, we fell in love with her sweetness. Harley was used as a bait dog. I was going to put dog baiting in my own words but it usually makes me want to vomit and punch things all at once, so here's wikipedia:


"Dog-baiting is the setting of game dogs against a chained or confined animal for sport. The dogs bite and tear to subdue the opposing the animal by incapacitating or killing it. Baiting is a blood sport used for entertainment and gambling. It is illegal in most countries with varying levels of enforcement."

I hate human beings sometimes. Harley was torn apart when she arrived at ARF. They decided to move forward with surgery, instead of putting her down. That decision is the best decision that's ever been made.

Last Wednesday, my parents began noticing that Harley was running into things. A lot. She would go into a room and would be "stuck", she wouldn't know how to get out of that room again. I was on a road trip with my boyfriend at the time and had no idea that anything was wrong. She was acting so normal before. My parents kept a watchful eye on Harley. They took her for walks and she constantly fell off the sidewalk. She would get stuck in rooms, unable to get out. She wouldn't know which way she was faced and would slam right into walls. Then, on Saturday, she started squinting her right eye a lot. Which, in dog speak, I guess means she's in pain. As soon as I got in on Saturday, my mom told me. Even if I was gone for 1 minute or 1 month, Harley would be the first to greet me at the door with whines, kisses, and a wagging tail. She wasn't. I called for her and I heard her paws making their way across the floor. She was stuck in the kitchen, behind the breakfast nook. She could hear my voice, but she couldn't get out of the kitchen. The look in her eyes completely broke me down.

I immediately took her to the vet. How does a dog go blind in the span of a few days? Isn't it supposed to be gradual? Unfortunately, the vet couldn't tell me much. I need to see a specialist, but here's some pain meds. She was so sad. So lost and confused. I wanted nothing else in the world but to tell her what was going on and how we were going to get her more help. I just wanted to explain it to her.

So to the specialist I go. Today. Monday, January 4, 2016. 10:30am. The specialist ran some tests... That ended in a lot of worry from her. Harley's right retina is completely detached from her eye. Her left eye, she can see shadows and the difference between a light being on and a light being off... But not much more. This is something that could, plausibly, take place in a week or less. It may have been something that came before but something she never showed. So more testing... We now have to see if this is reversible (which it may be!) or if this is life-threatening (... which it may be). I'm preparing myself for the latter because I have to.

Here I sit. Waiting. Drinking tea. Working. Listening to whatever music Spotify has playing because I can't hear it. I can't pay attention. I just have to wait for about 4 to 5 hours until I know what's going on with my baby.

After the 4-5 hours: I wish I could give you a big update. I can tell you that I feel a lot better after talking to the specialist. She was so positive. The first thing that she says to me is, "I've already fallen in love with your dog" (shocker. She is the best dog in the world so this is no surprise to me). Luckily, it looks like Harley doesn't have cancer (!!!). There are about 3 tests that are going to take approximately a week to get results back. It looks like Harley may have some sort of really bad infection OR her immune system is attacking itself. The good thing about both of these things is that it's treatable. She's on a few pain medications and antibiotics to fight everything. She's already in much better spirits. She can even run down the hallway without running into the wall (which I can't always do anyway).

I promise to keep you updated as time goes on. But my hopes are a lot higher right now then they were when I started writing this piece. And this is what I want. I want to show myself more and give you guys something to entertain you for a few minutes of your day. Or possibly only to give Jessica and Jacob something to read (I see you there too, Shawna) when they're avoiding work. I don't know why you're here or what you want to see or if you just actually wanted to see some really cool wolf pics (who doesn't?), but I'm here, and I'm working on it. 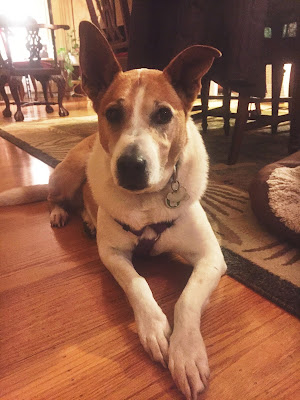