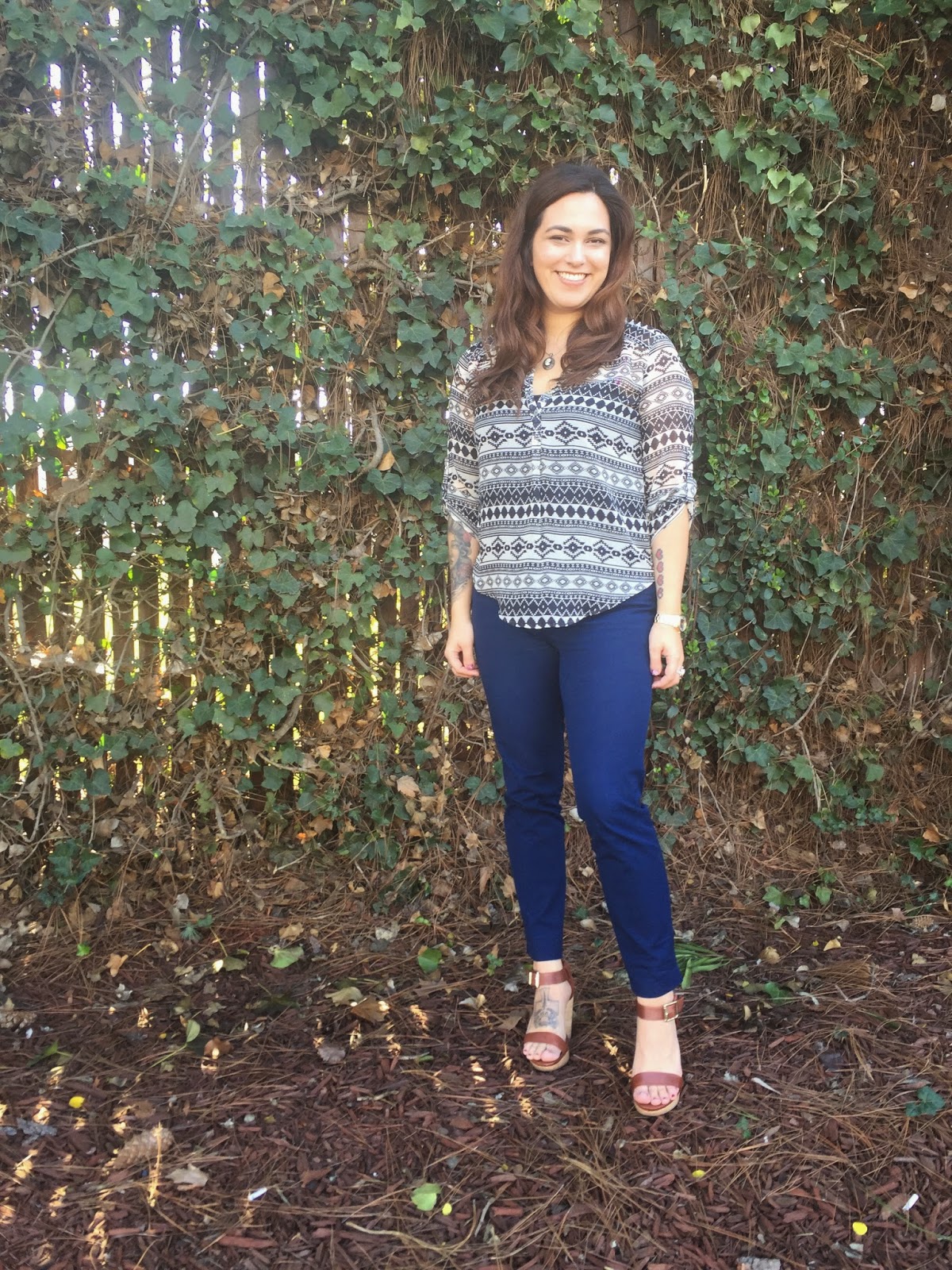 All my life, I've had people telling me what I can and cannot wear. I suppose that's the price I paid for attending Catholic School. Thirteen years of polo shirts and plaid skirts, matching with everyone around me. Senior year, I was voted Most Creative in Uniform. I look back on my high school days and I'm not sure if that was a serious vote or a joke vote. I'd post photographs but I still want all of you to be my friend. I spent a lot of my teenage years wearing the weirdest, slightly Gothic, and most outlandish outfits I could find. And why not? My school outfits were planned out, down to what kind of shoes I could wear and how my hair was done. I felt suffocated. 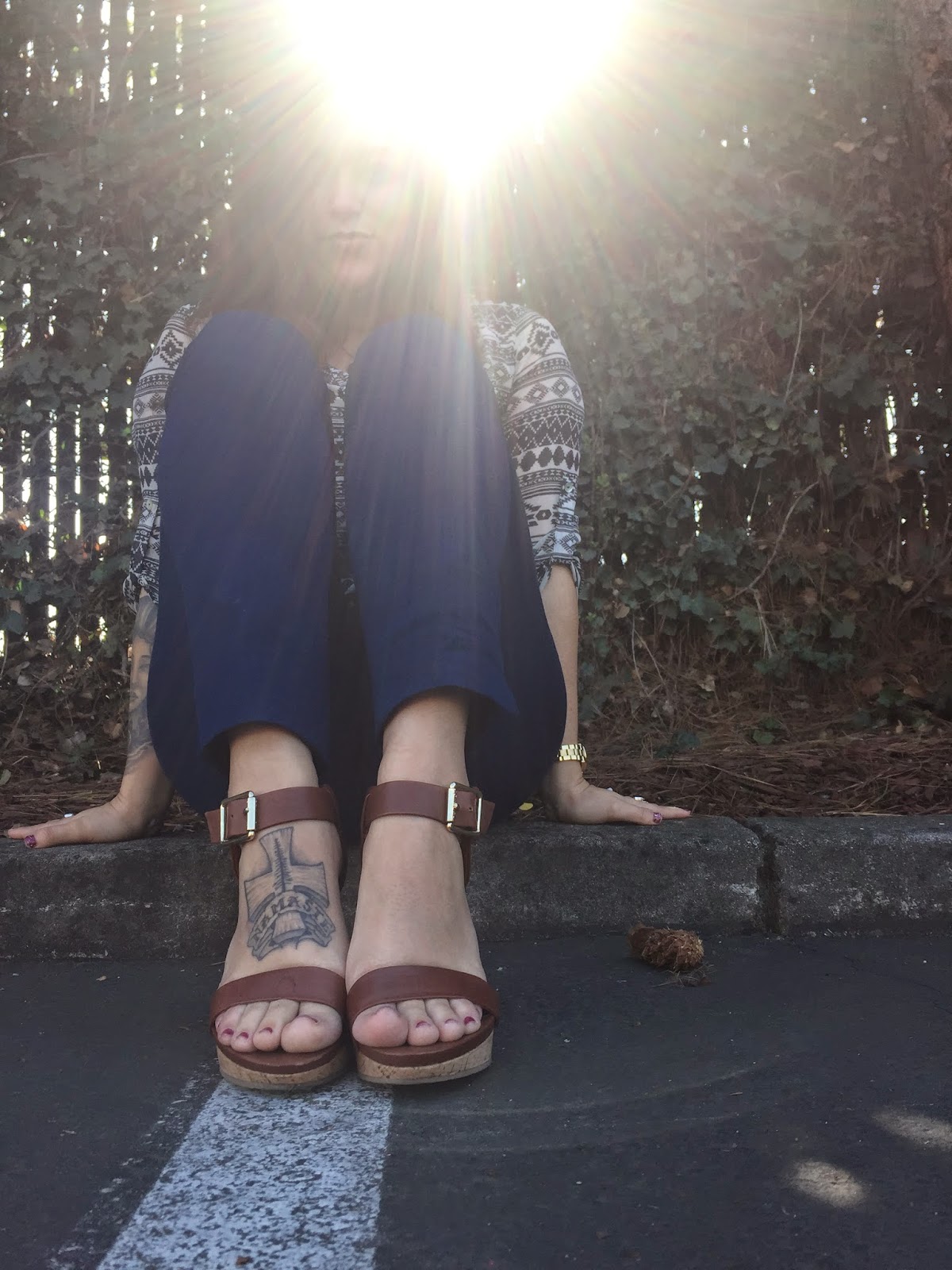 It took me many years and a 50lb weight loss to finally find myself, fashion-wise... And everyone is still telling me what to do. "Your bag should match your shoes" I would be poor. "Sequins and Metallics are for night time only" Then the sun can't reflect off my outfit. Duh. "You can't wear black and blue together" Why not? "No mixing gold and silver" I can't buy every piece of jewelry in two different metals. Again, I would be poor. 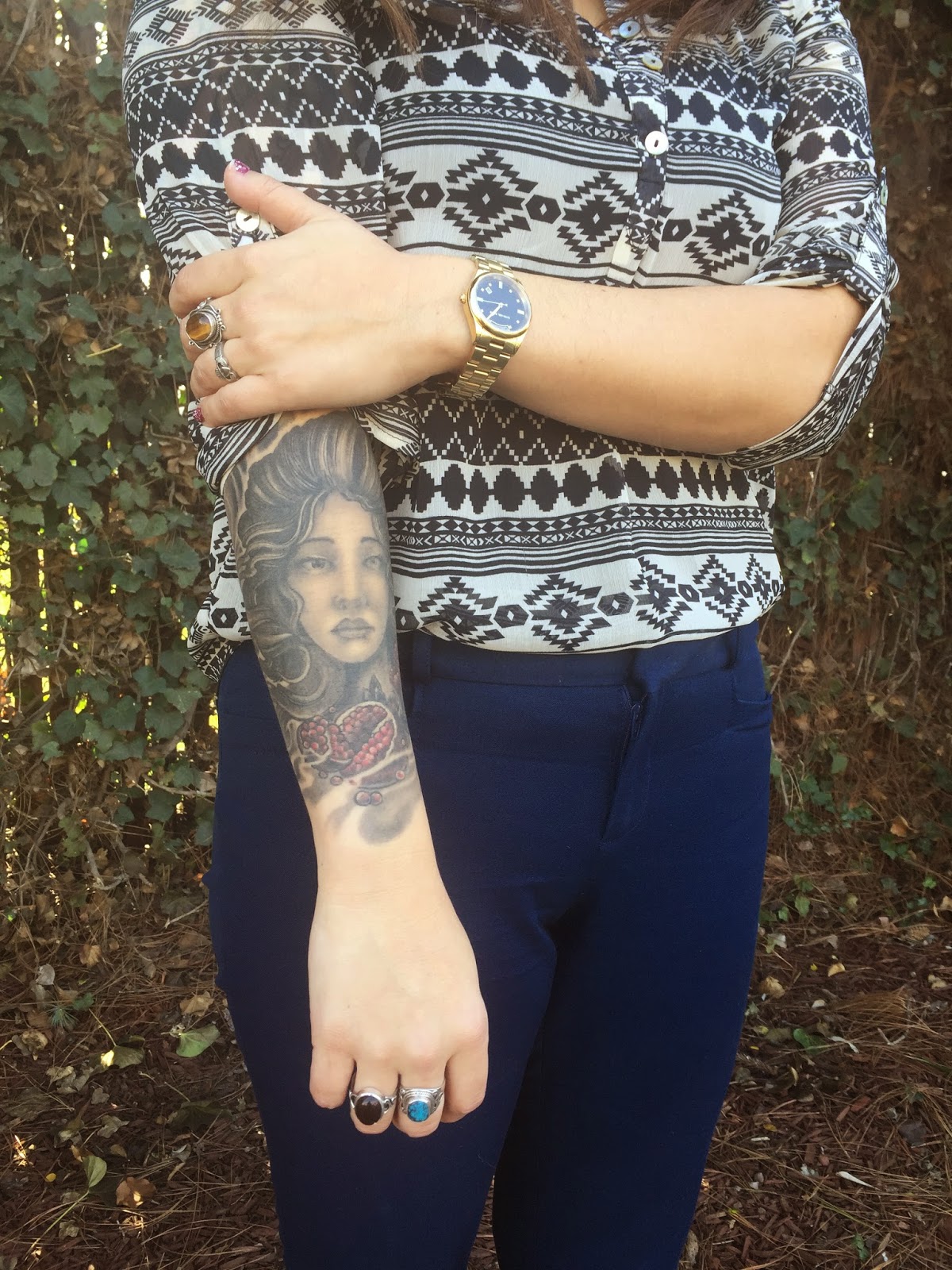 This is where I give fashion the finger. That's what my teenage years taught me. Be yourself. Do you want to wear leopard print pants with a stripped top? Do it. Are you short and you want to wear a maxi skirt or dress? Rock on, little tiny person. Fashion should be a way to express yourself, not a way to conform. Your style should do exactly what you want it to do and it should make you feel comfortable in your own skin. 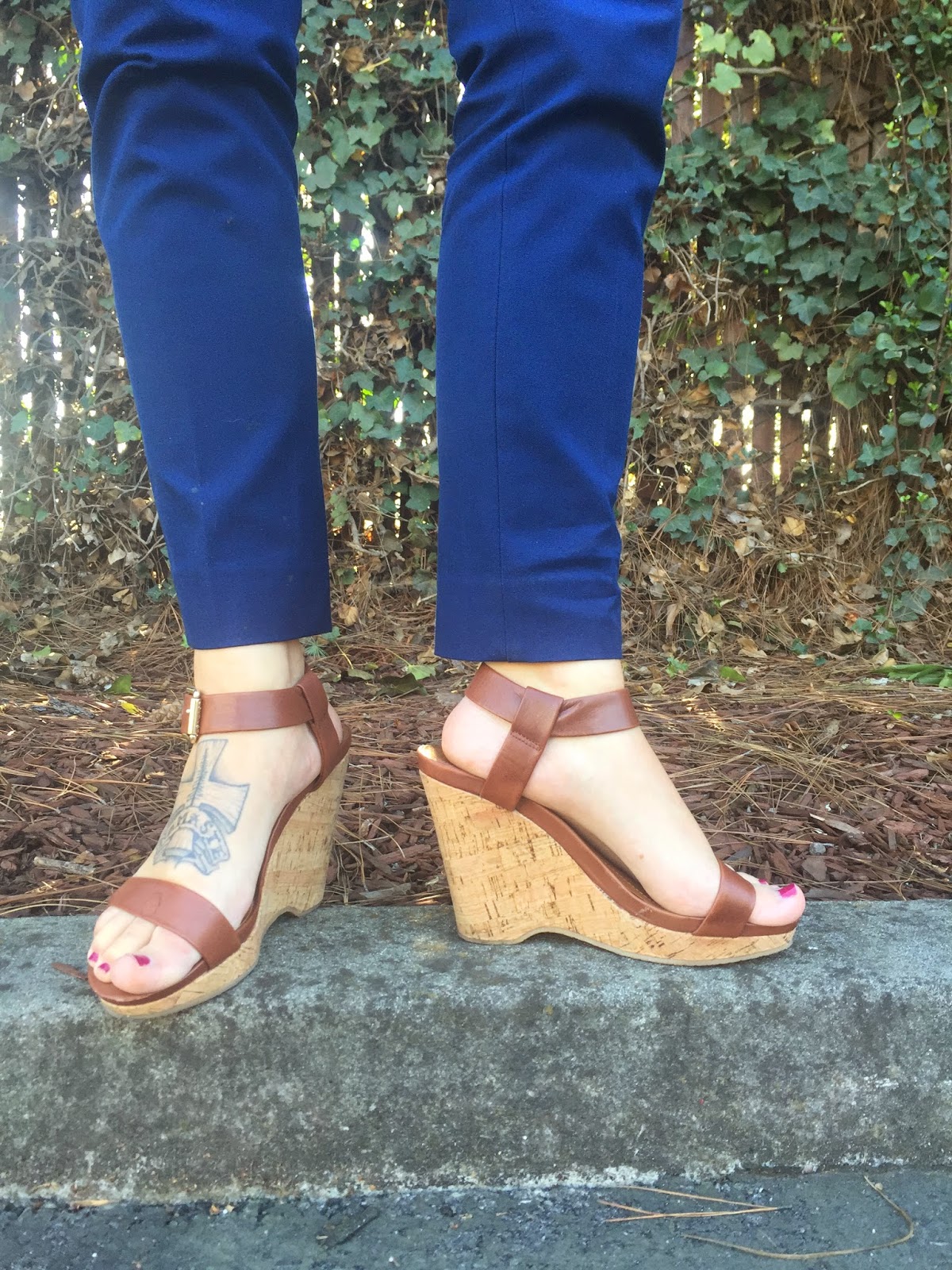 So if you learn anything from me, it should be this. Never ever let anyone tell you who you are. No one will be able to determine that. It might take a few mistakes and some really awkward phases, but you'll figure it out. I promise.

Photos by the lovely Cindy
Posted by Lauren Kaleo at 6:03 PM No comments:

Email ThisBlogThis!Share to TwitterShare to FacebookShare to Pinterest
Labels: fashion, ootd, outfit of the day, what I wore

Harley and the Little Bed 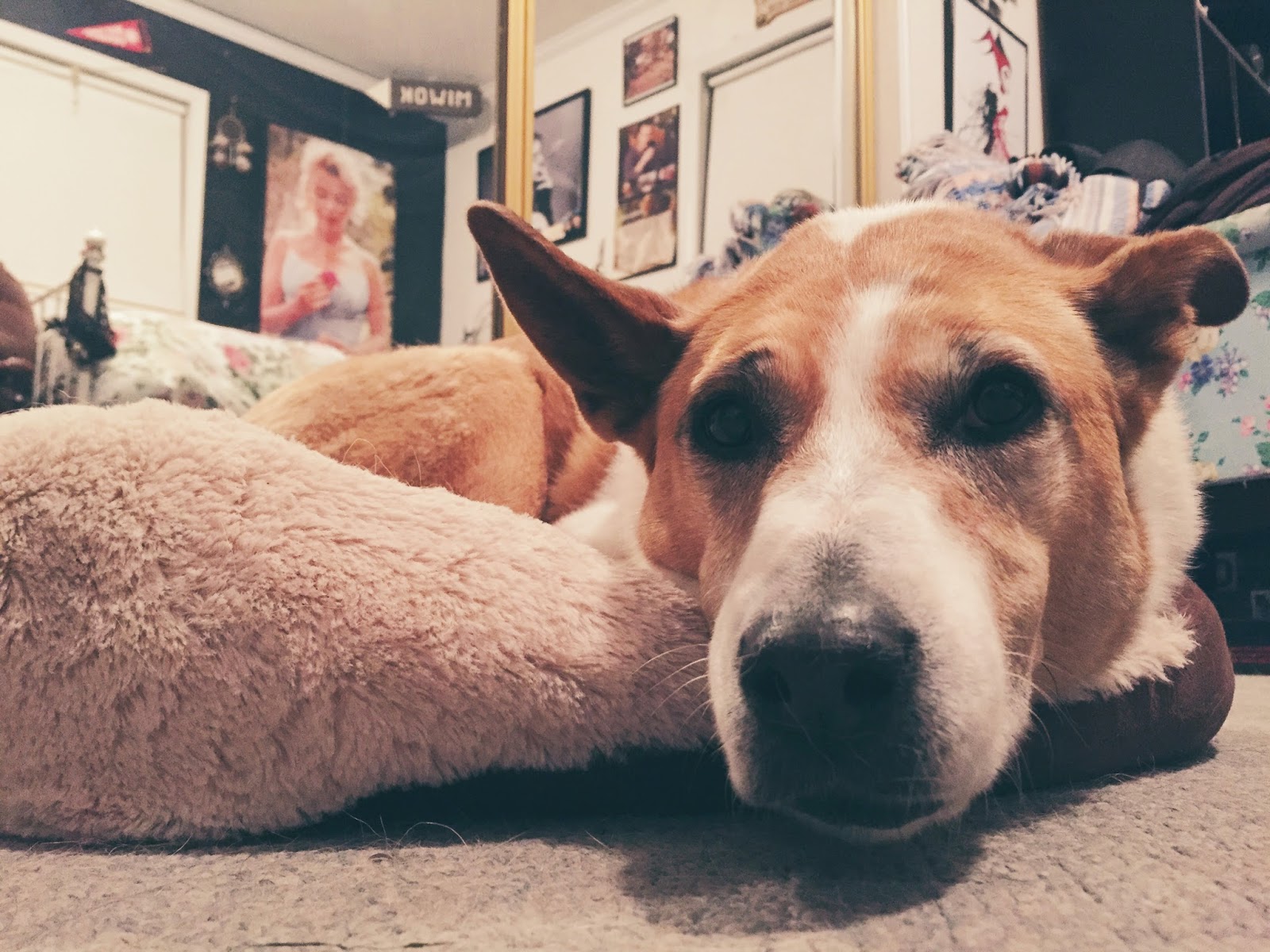 Do you have a medium sized or big dog? Do they sometimes try to act like a little dog? Harley does. This bed used to be Buster's. Harley took it over. It is now Harley's bed. 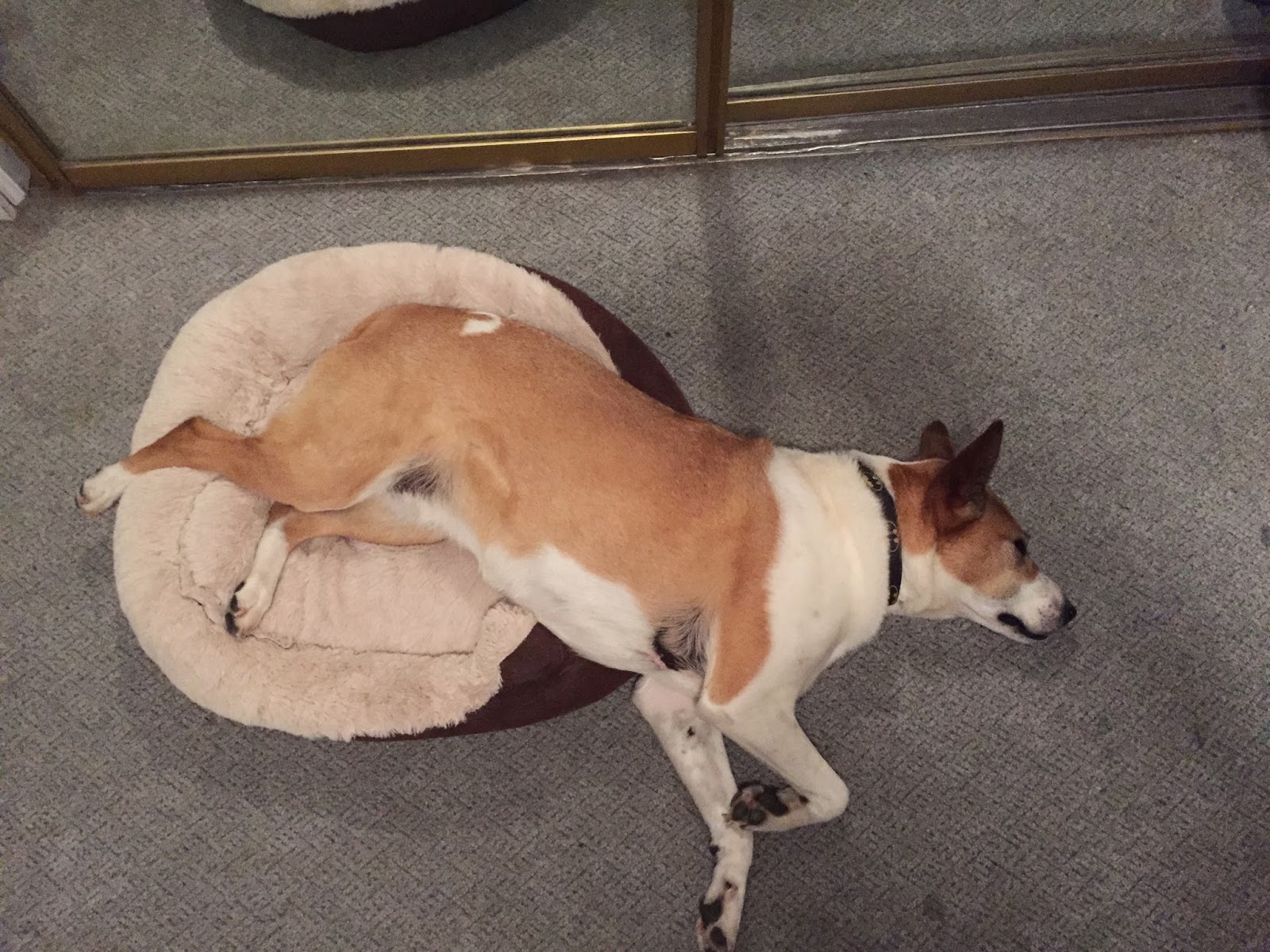 She's so embarrassing.
Posted by Lauren Kaleo at 1:03 PM No comments:

Email ThisBlogThis!Share to TwitterShare to FacebookShare to Pinterest
Labels: harley

This weekend was a long weekend and since I live in Northern California, it was nice and sunny. I donned a dress or shorts all weekend and basked in the sunshine. Unfortunately, Half Moon Bay did it's usual trick where it decided it was going to be foggy. But you know what you can still get in foggy weather? Breakfast. 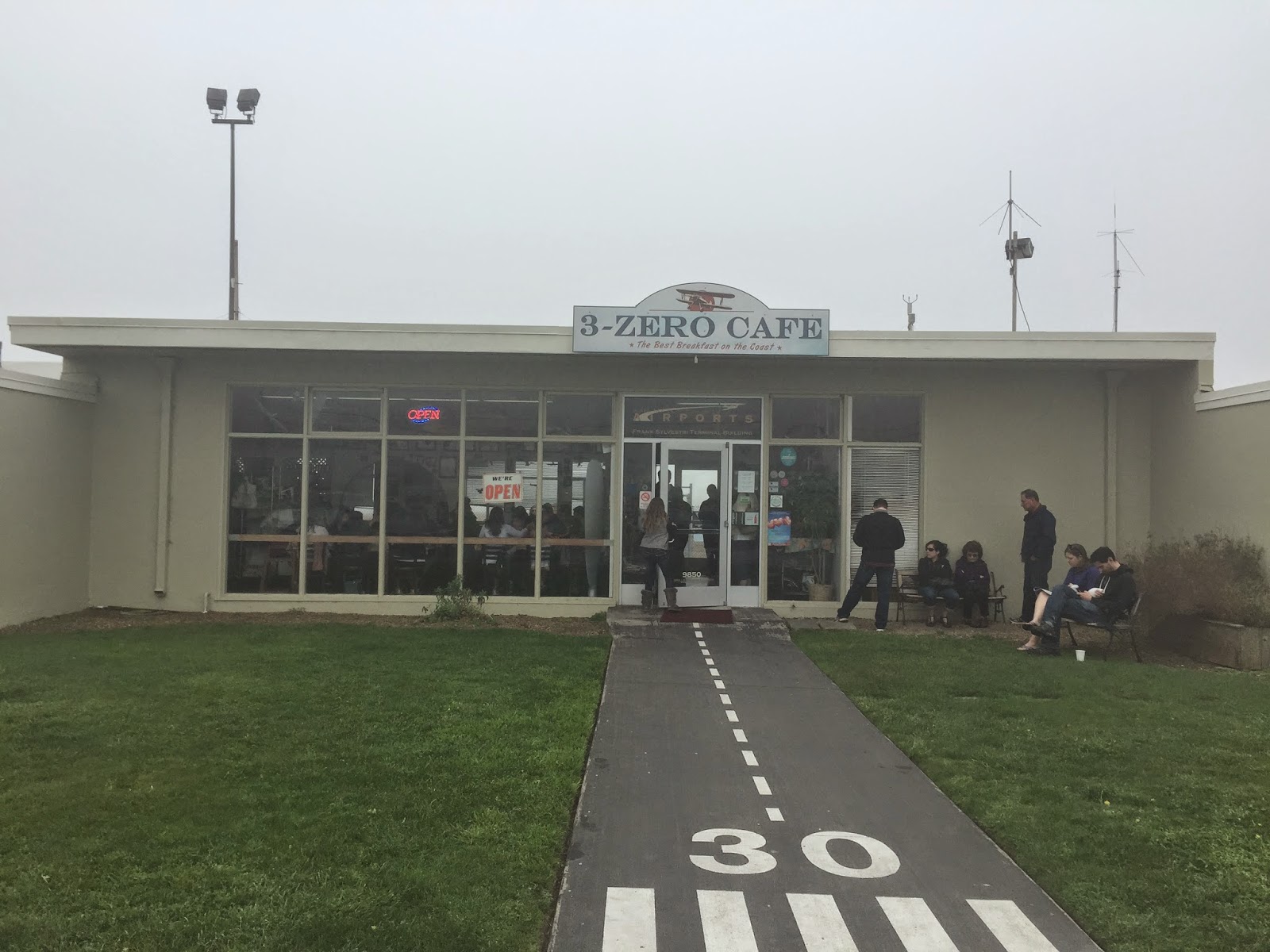 That's where 3-Zero Cafe comes in. For 11 years in a row, this tiny airport breakfast place has received the award for the Best Breakfast on the Coast. This restaurant opened 22 years ago at the Half Moon Bay Airport and is covered in memorabilia from Veterans as well as model airplanes. 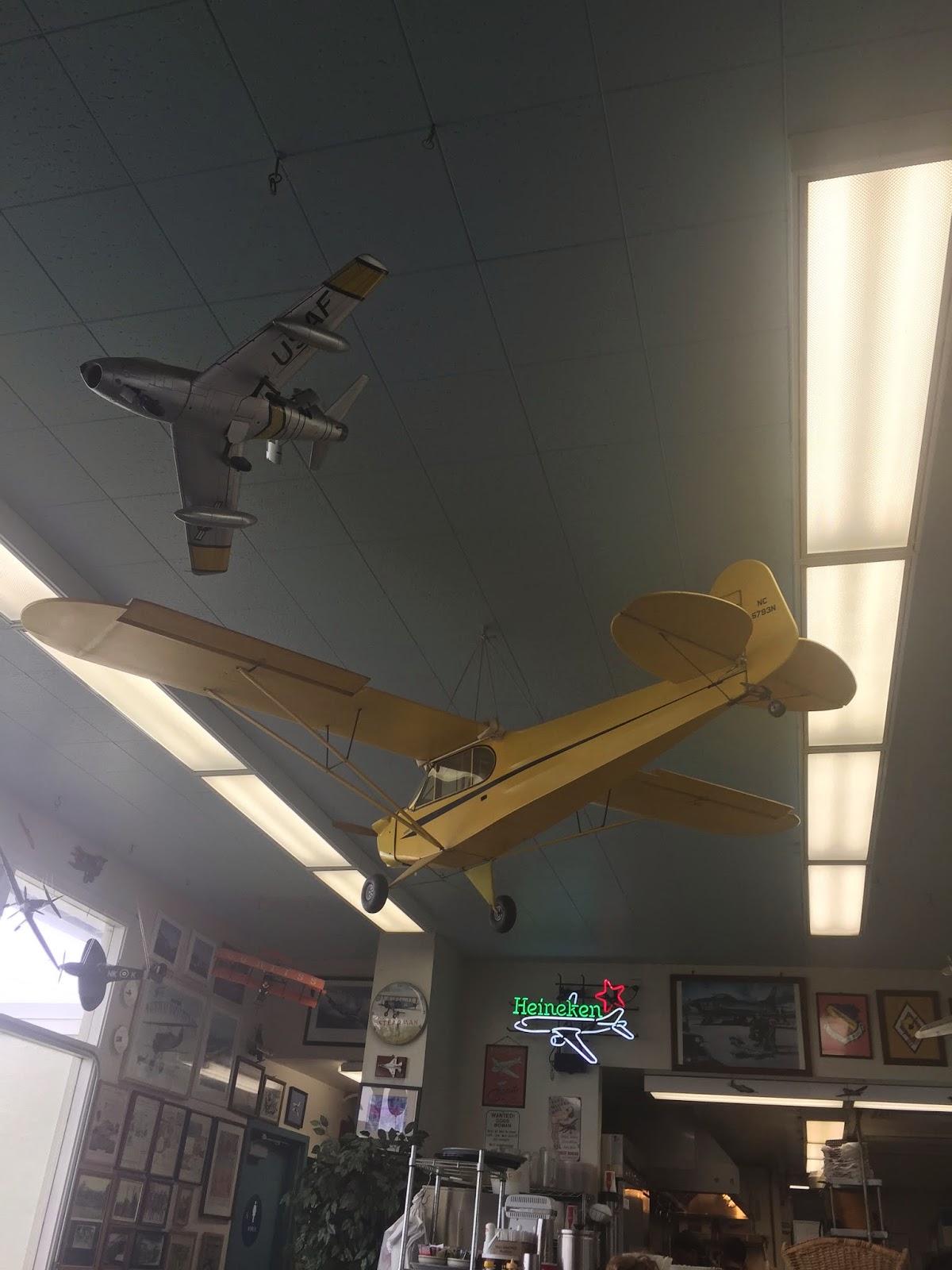 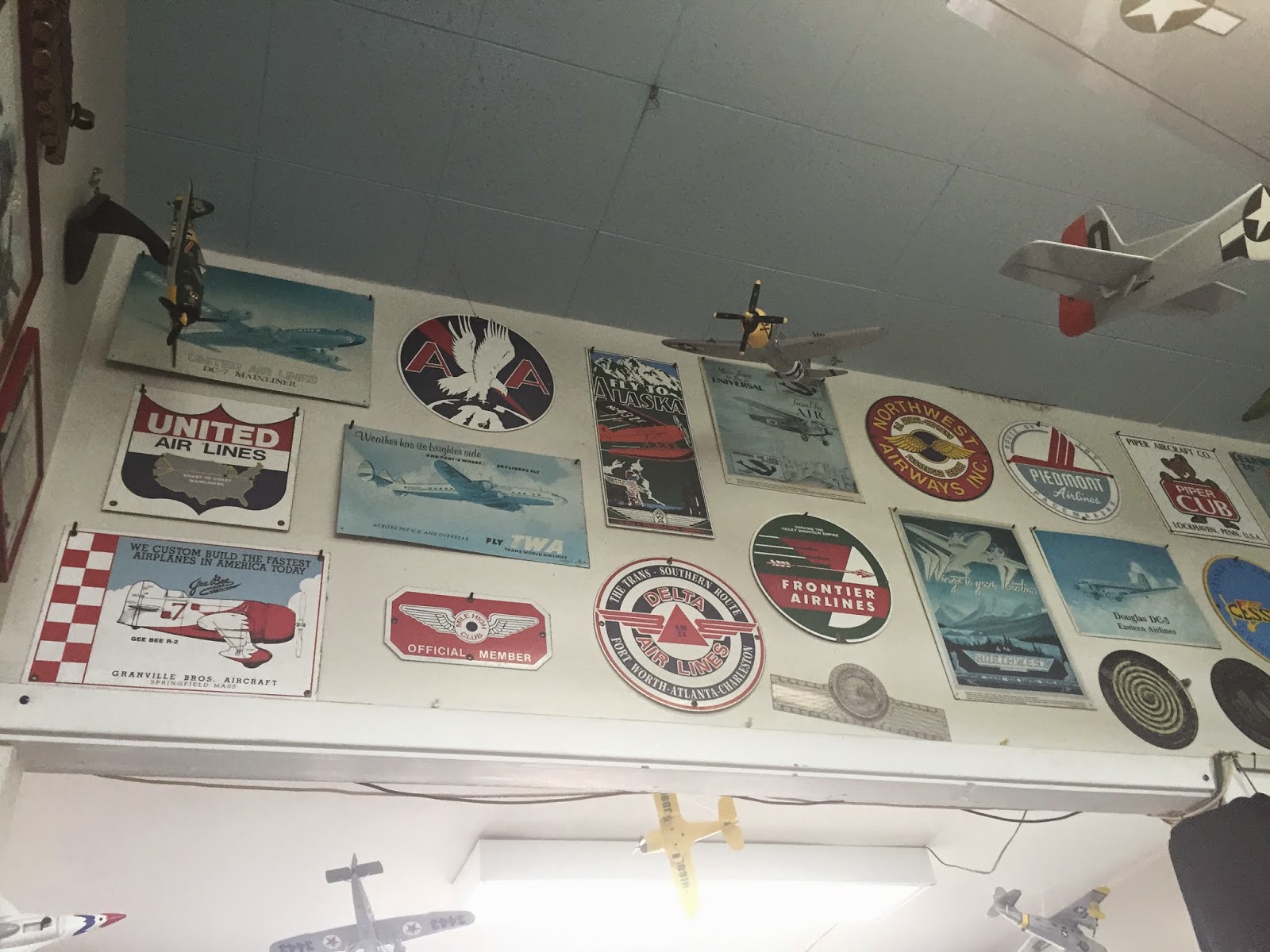 I have to admit, I'm a total sucker for themed breakfast restaurants. Kitschy diners with photos of Marilyn Monroe, Elvis, and James Dean, restaurants that are also record stores (we'll get to that later)... They all win me over. It gives you something to look at (and learn about) while you wait. Also, most of these restaurants have a great history. All along these walls were personal items that people have donated either themselves or on behalf of someone. 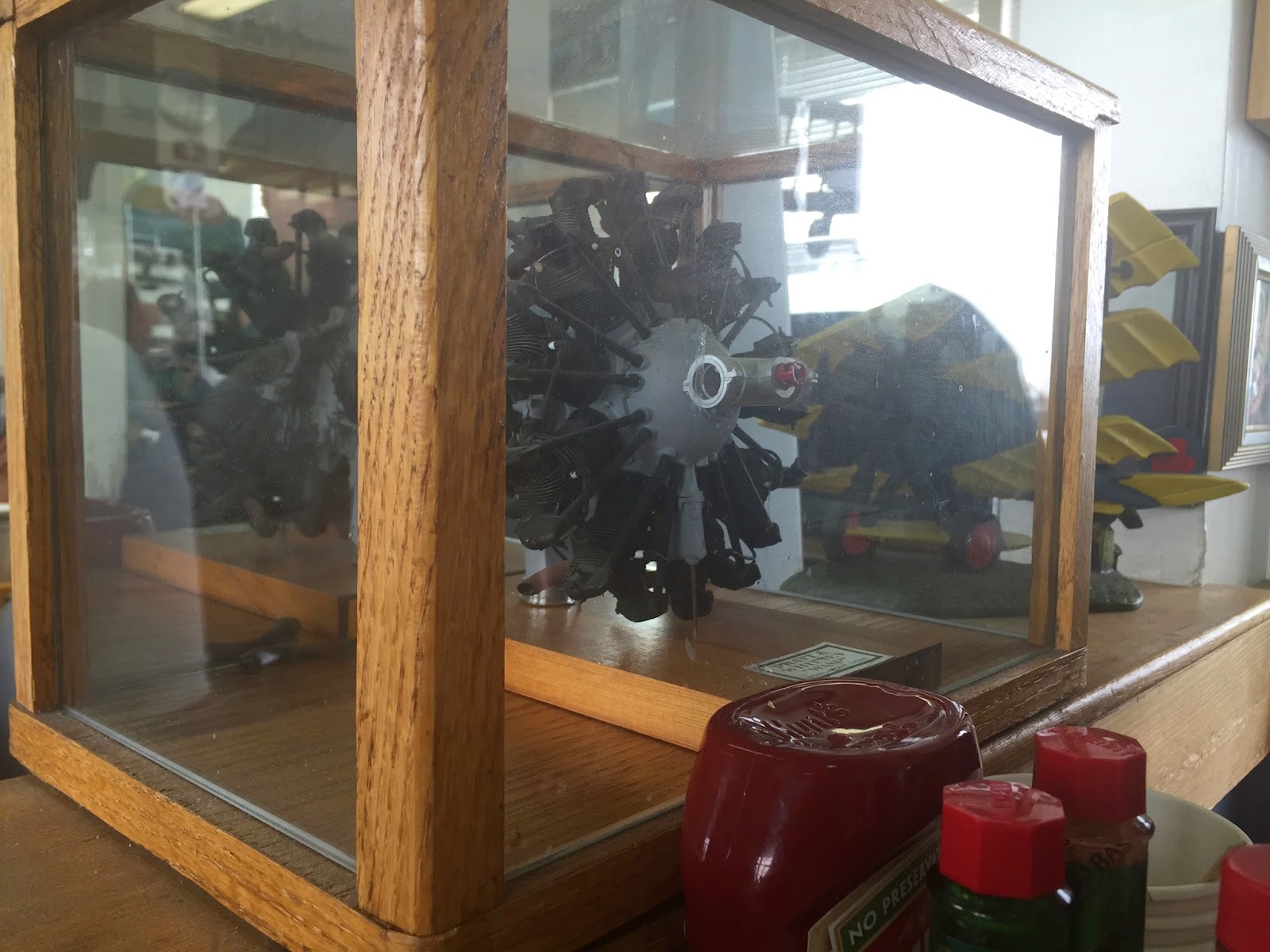 If you have salmon and/or crab on your breakfast menu, I'm going to order it. That's one of the perks of living on a coast. I can have fish anytime I want and it doesn't come from can or a farm. It comes from the ocean and I'm pretty surprised that haven't eaten the ocean clean out of salmon. Between the two of us, we got the Northern Omelette (Bacon, Sausage, Mushrooms, Onions, Diced Tomatoes, Cheddar and Jack Cheeses, garnished with sour cream and chives. There's also ham but someone is weird), the Northwestern Omelette (Smoked Salmon, Capers, and Cream Cheese), which both came with potatoes and english muffins. While the capers added a lot of saltiness to the omelette, both were pretty delicious. But not as delicious as the syrup that was on the pancakes we shared. I know National Pancake Day is today, but we celebrated a day early. 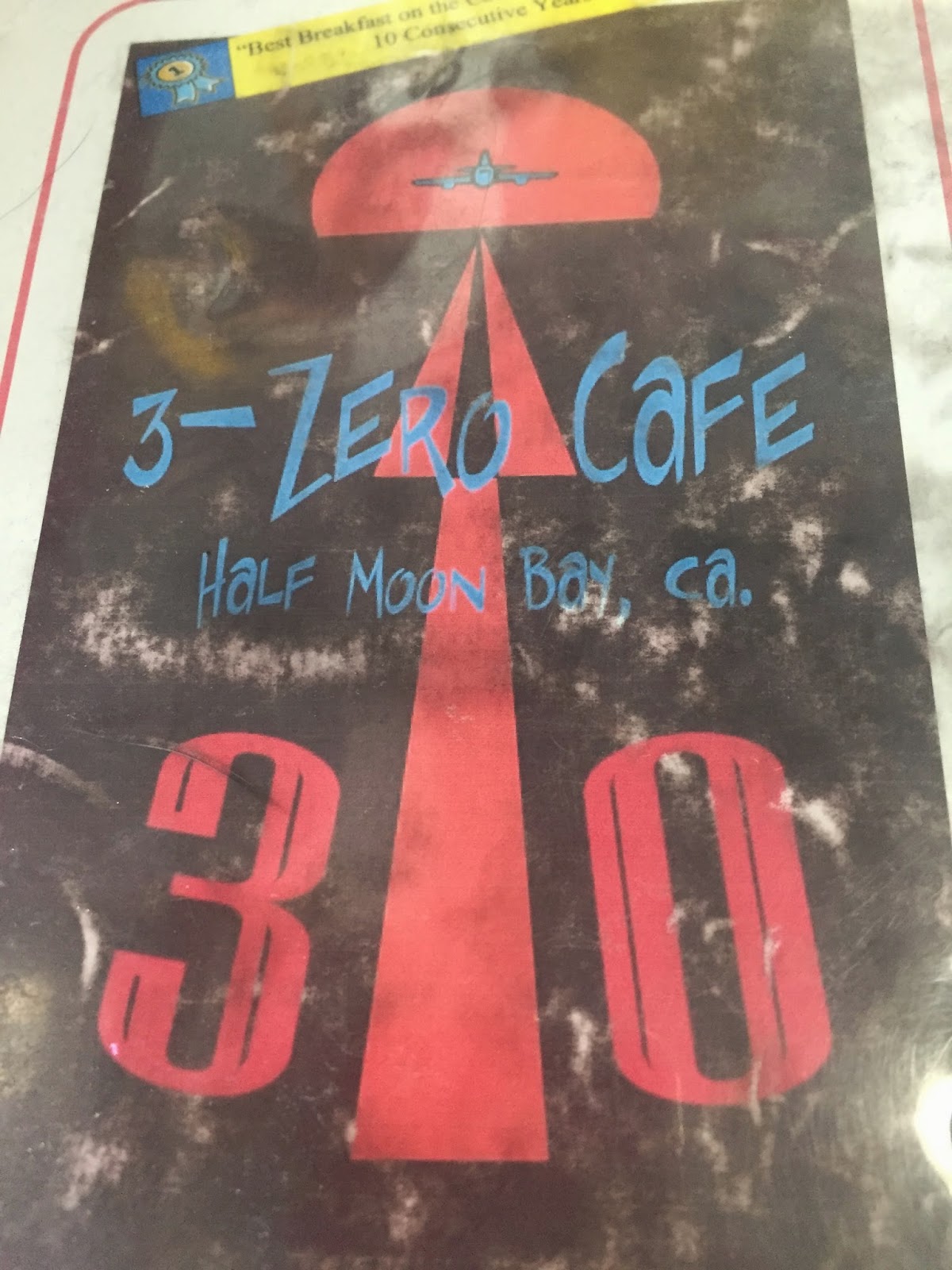 I'm normally an egg girl but if I get the chance to come back here, I'll definitely be having an all carb breakfast full of syrupy pancake heaven. Their Yelp! page is pretty accurate and backs me up in the urge of ditching your diet to eat all the carbs. Something that's also great is that they have a huge outdoor area that's totally dog friendly! Great... Now I'm hungry again...
Posted by Lauren Kaleo at 9:50 PM No comments: 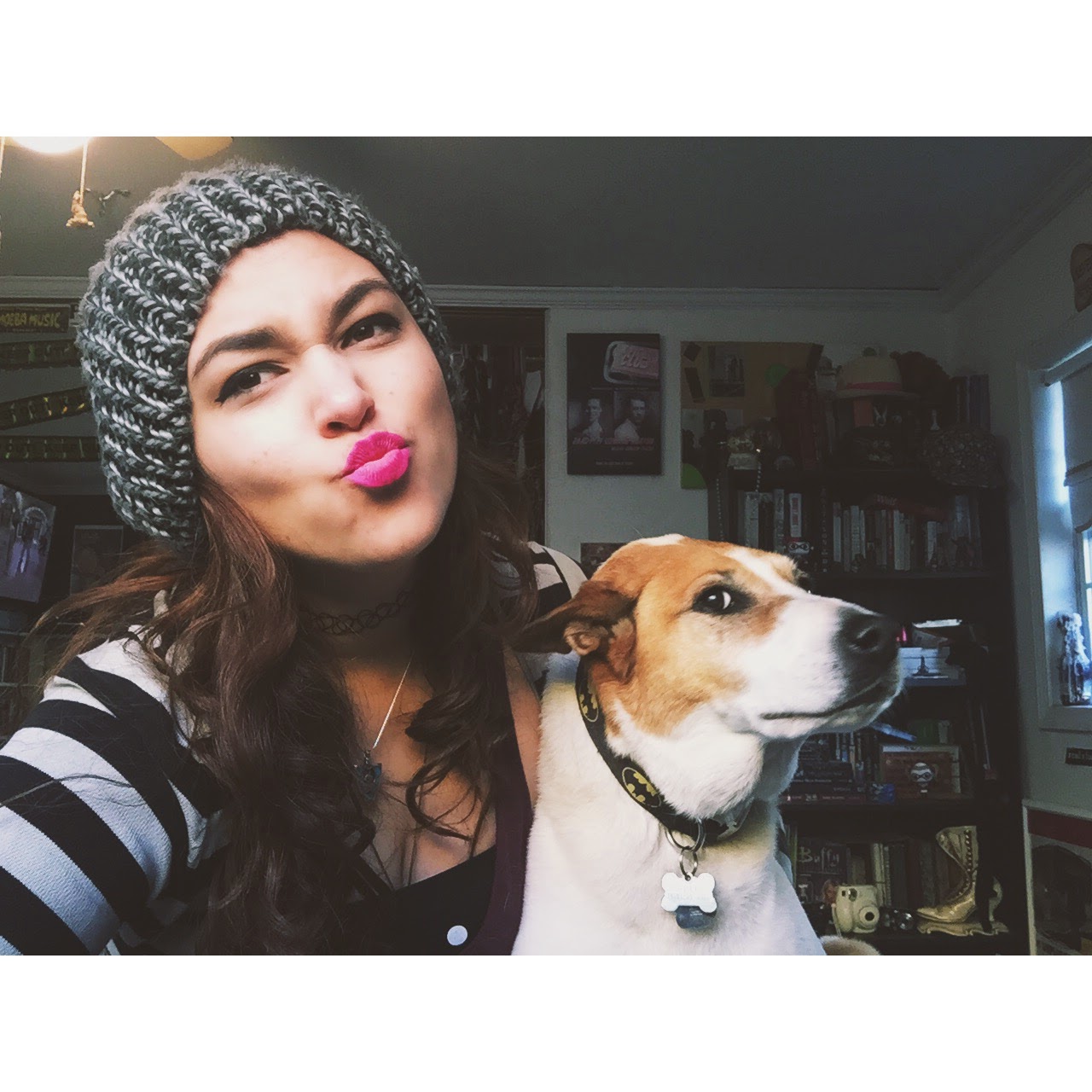 I'm not exactly sure what this is going to be. I have wanted to start a blog for a while but I never figured anyone would be too interested. That's when I stopped caring. So here's this blog that I've been told is called a "Lifestyle" Blog. I would call it a public journal. It'll be a place where I post my travels, romps around the Bay Area, cooking, food reviews, fashion... Anything and everything that I think is worth talking about. Oh, and Harley. Because she's really photogenic (see above proof). Thank you to each and every person who forced this out of me (I'm looking at you, Jessica) and encouraged me to share my writing. Here it goes.
Posted by Lauren Kaleo at 10:51 AM No comments: